The Story of the S.M.S. Giuseppe Garibaldi Lodge

There is constituted, in Brooke County, West Virginia, one society of mutual benefit for the Italians and their
descendents under the name Giuseppe Garibaldi.

The Mutual Benevolent Society of Joseph
Garibaldi was incorporated under the West Virginia Statutes on the 28th
day of October, 1926, by the following charter members: Sebastian
DeSantis, Pasquale Cipriani, Antonio Cocco, Liberatore Ciccolella and
Giovanni Bitonti. 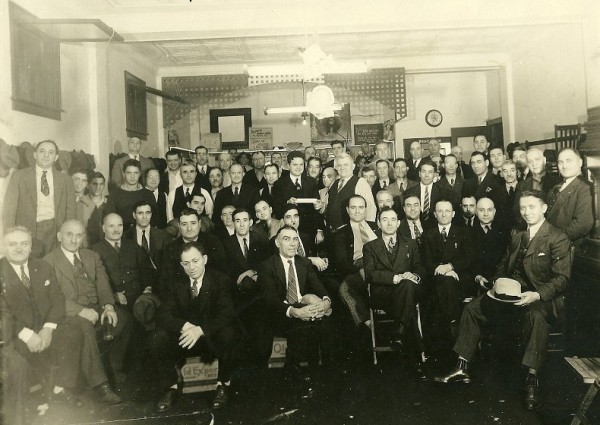 This corporation of the S.M.S. Giuseppe Garibaldi lodge is to continue
perpetually. The incorporators constituted the first Board of Trustees
and they held these offices until others were elected and qualified.
The first meeting was held at the Penn Street Hall in 1930, meeting once a
month until the members purchased a building at the corner of Main and
State Street and opened for business on June 16, 1940. The meetings and
socials were held there until they purchased a lot and had a new building
erected at their present site of 670 Main Street. The building was completed
and the members moved in on October 25, 1955.The burning and burial
of the mortgage was held on Columbus Day, October 12,1964. With there not
being much activity in the City of Follansbee, the members of the Garibaldi
Lodge voted to hold an annual celebration every 1st weekend of August. This
celebration was held for sixty straight years until 2004 when it was
discontinued.
In 1955 the members held their 1st Annual Mardi Gras dinner dance at the
Follansbee Eagles Lodge while their building was being completed. The
next few were held at the Lodge Club Rooms. The annual Mardi Gras had
many successful gatherings throughout the years. This dinner was especially
popular during election years for the areas many politicians and their
constituents. Unfortunately, this great event was also discontinued in the
recent past.
The Sunday after Easter is set aside for their Annual Memorial Mass and
Breakfast in honor of their deceased members. This began in 1957 and
continues to this day.

The S.M.S. Giuseppe Garibaldi Lodge is proud to be part of a community such as the City
of Follansbee and Brooke County.